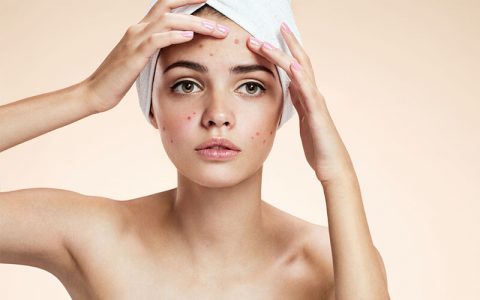 There are many skin conditions that are affecting different age groups and individuals. One of the most common ones is the teenagers and youths. They are highly prone to acne and things that come with it such as blackheads, nodules, whiteheads, cysts, marks, zits etc. Acne is a chronic condition which is affecting a mass population and brings with it pimples and dark spots on different parts of the body including chest, back, shoulders, upper arm and above all, the face. There are a majority of youths that are struggling with acne from age group varying from 16 to 26.

Acne is a condition that shows when the gland known as sebaceous gland is highly active and can act at any age. In most of the cases, they usually show activation during puberty. There is no major risk when it comes to acne other than the scars it leaves after it is gone. One should take scar erasing a serious thing post acne and is often ignored by a mass causing them to be scarred for the rest of their life. The sebaceous gland at the time of acne produces a lot of oil which causes pimples. The major reason of this happening can be an unbalanced hormonal level and is seen in both males and females.

How is acne caused?

Skin of a person is comprised of the number of pores which are linked to the oil glands under the layer of the skin. These glands take care of the hydration as well as moisturizing of the skin from a natural point of view. Follicles are known to link glands with pores and are tiny cyst-like structures who are known to discharge liquid on to the skin. These organs carry liquid sebum to the outer surface of the skin that usually contains dead and damaged cells of the skin. A pimple is caused when the follicle carrying sebum is blocked due to the excessive production of oil under the epidermis of the skin.

The plug containing semen gets contaminated with bacteria which causes a pimple to swell up the skin towards the outer surface. A pimple grows when the cap is shut. A common bacteria that causes pimples is called Propionibacterium. It is responsible for causing acne and infection in follicles. The pressure of the bacteria increases the frequency of acne and is the main reason of pimple formation.

All kinds of bacteria do not cause pimples.

Role of Hormones in Causing Pimples

Hormones are one of the major reason why acne is caused. When the hormones are highly active or unbalanced, they lead to the formation of acne. A common hormone known as androgen starts boosting up at the time of adolescence and in women, it levels up the estrogen level. This rise in the level of the hormone causes the pore to get enlarged which in turn produces excessive sebum. This, in turn, creates bacteria which causes pimples to pop on the skin. Other causes of acne infections include stressing, using greasy cosmetics, menstruation period in women, exposure to pollution etc.

Acne is not fatal but because with time, there are plenty of treatment options that it has come up with. The condition and the cause of acne can be used to decide what measures should be used to cure acne. There are different stages of acne: Severe Acne, Mild Acne, and Moderate Acne. All of these conditions come with different sets of treatments and should be treated accordingly.

There are various OTC medicines that are available to prevent and cure mild acne. Medicines in the form of gel, lotions, creams, soaps, and pads etc. can be applied to the affected area as per the prescription of the doctor. It is important to consult a dermatologist before using any of the above-mentioned types of medicines. For oily skin, there are alcohol based gels that are considered best and for sensitive skin, creams and lotions are considered to be the best option.

There are different medications available to treat mild acne in the market. The ingredients that are made of are mentioned as under:

Acne has a tendency to swell up and be quite inflamed which can be the reason to cause severe scars. In cases like these, it is advisable to inject a diluted form of corticosteroid into the acne which in turn controls the formation of acne and removes the cyst-like structure on it. This often restricts the inflammation and is used to boost up the healing process which reduces the whole acne in a day or two.

These antibiotics are recommended for acne patients for a period of about 6 months. The longer continuation of these medicines can damage the skin cells. It usually starts with a high dose and moves to a lower dose until the acne is cleared out. These antibiotics fight the bacteria on the acne which decreases the inflammation on the acne, thus enhancing the healing process altogether.

This is one of the most typical treatment used to cure acne especially for those who are suffering from moderate to severe acne. Some of the medicines prescribed for such treatment include clindamycin and sodium sulfacetamide. Dermatologists also specify the use of retinoid which is a derivate Vitamin A. This prevents the formation of whiteheads and blackheads.

It is also referred to as Oral Retinoid and can very effectively cure acne especially when it’s chronic. These medicines need to be regulated accordingly in order to prevent the dangerous side effects of it. Some of the side effects include: having dry skin, abnormality, mood swings, dry skin etc.

admin View all posts by admin

2 Replies to “Acne Causes and Treatment Option to know”